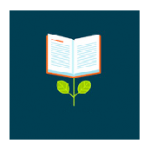 What do you call the black bird that sometimes causes trouble in the city? Did you say Rabe? Or Krähe? Yes, both are correct. However, while “Rabe” uses the article “der”, “Krähe” uses the article “die”. Why do they have different articles? Is a male black bird called “der Rabe” and a female one “die Krähe”? No. Is it because the “Rabe” is bigger than the “Krähe”? Again, no. Unfortunately it doesn’t work that way as you may have already noticed.

Nonetheless, you have probably often asked yourself why it’s “die Krawatte”, “der Rock” or “die Hose”, why “die Sonne” or “der Mond”. German articles irritate us so much that we want to give up learning German right from the start. It would be much easier if all words had one clear article so that it would be simpler to figure out the gender of a word like “der Vater”, “die Mutter” and “das Kind”.

Not to worry! There are rules. There are actually 42 rules in our lesson. Of course, there are exceptions. However, when you know the rules, you will be able to identify the articles of most words. And now you only have to remember the exceptions.

That way, with our App, you can learn and properly use the rules and the exceptions of articles efficiently. You will then know why it’s “der Rabe” and “die Krähe”…

What do the symbols mean?

Before you go to the next question, you must choose one of four symbols at the bottom. The symbols mean: ◎ = I